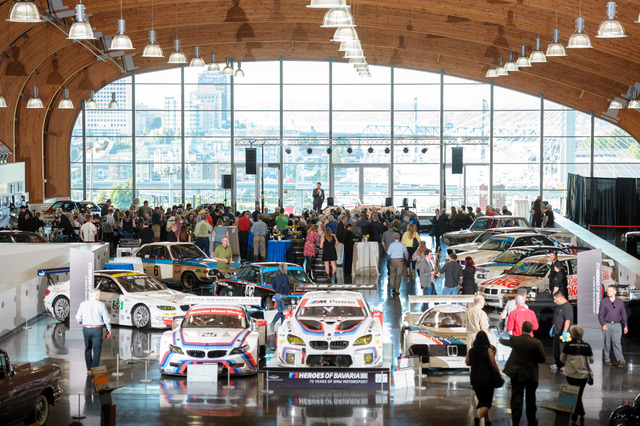 This event occurred on the East Coast and, thanks to Peter Gleeson, was recreated on the West Coast at LeMay. The Heroes of Bavaria event is a display of 17 important BMW race cars from the 1930s to the 2010s. Peter will walk us thru the exhibit and give speeches at each car describing its history and importance. Examples include:

The evening will feature heavy appetizers with water and soft drinks. A full bar will be available for purchase of alcohol drinks. You can sit at tables or stand at bistro tables as well. Casual business attire is recommended.

Registration will be handled by the Puget Sound Chapter. Click the link below for more details and to register:

This is a once in a lifetime day of special events! Please consider attending, and say thanks to our friends in the Puget Sound Chapter for inviting Oregon Chapter members!

If you wish to spend the night, hotel ideas near LeMay are: